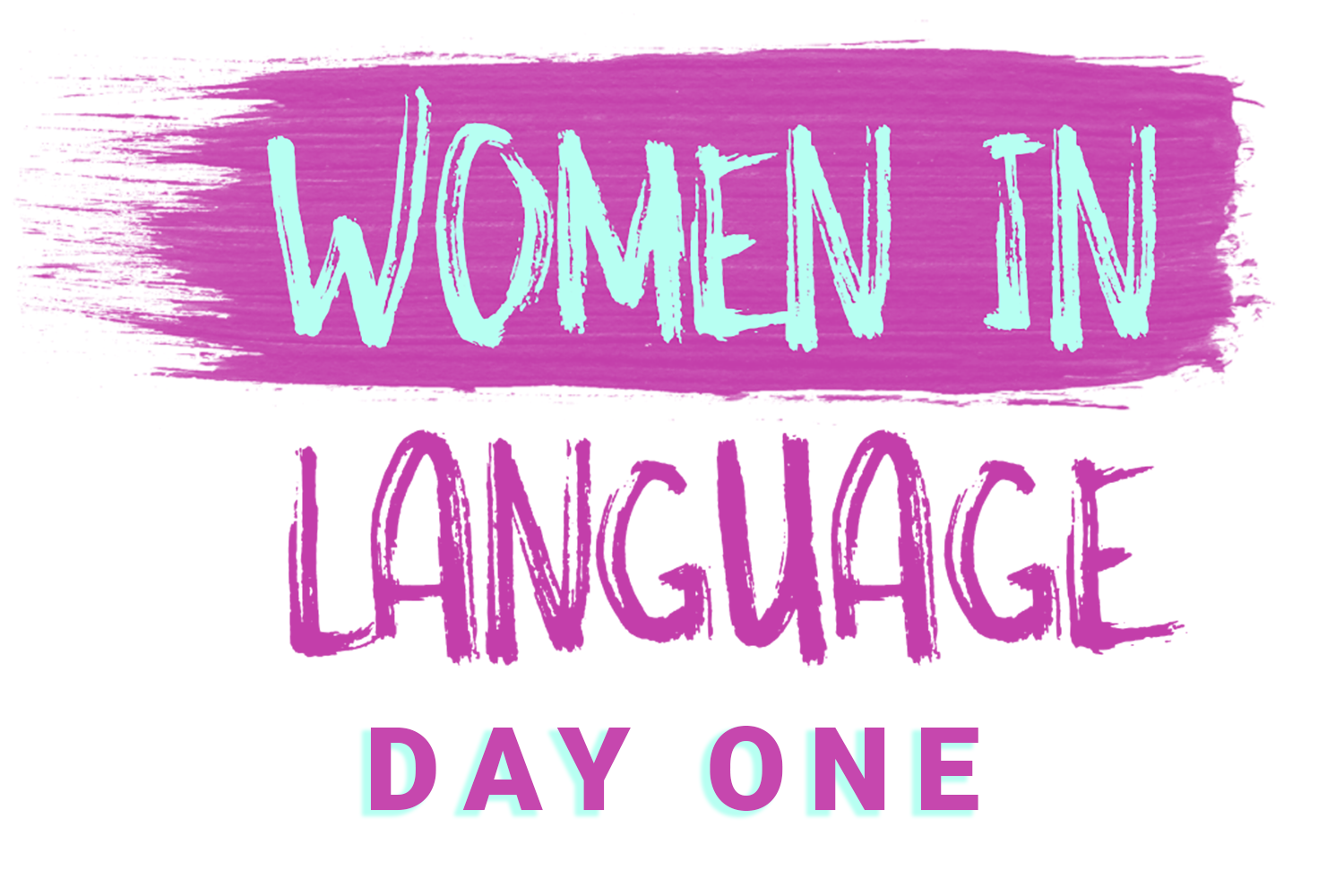 Well, I’ve just finished a great first day at the Women in Language conference. From starting off with some amazing facts about this ever-growing event, to finishing with a session about using storytelling to learn and teach a language, I’ve learnt a lot… and there’s so much more to come!

So, this wasn’t actually my first time at the Women in Language conference. I technically attended last year, when restrictions were lifted a little and I was travelling back down to the office for a day or two per week. Sadly, this meant that I missed a few of the talks (National Express buses have just the best WiFi) and what I’ve found with these online conferences is that I am far, far more likely to watch talks live than I am to go back and watch them later.

Like, I think if the Polyglot Conference ends up being online again this year, they’d benefit hugely from having a few organised watch parties, because I did not get the same energy from watching talks on my own – and I’m sure I’m not alone in that.

Anywayyyy – I did see the Opening Ceremony last year and, shockingly, this one was pretty similar. But what I do like about this event is what’s laid out: no -isms, please; be kind to one another, with the understanding that we’re here to learn from and challenge each other about languages and our perceptions on those and how we bring our different perspectives to these ongoing conversations – and to do that, we need to be respectful.

Not that I think this crowd wouldn’t be.

But there were two facts Kerstin gave us that I wrote down:

Bahamian Dialect in The Bahamas

The first talk – from the incredibly sunny Kaché Knowles – was honestly incredible. I’m from the UK, so my knowledge of The Bahamas was literally zero, but she taught us about the islands (there’s 700 of them!), showed us some Bahamian culture (Junkanoo looks amazing and yes, I would like to try some conch p l e a s e), and led us through her lifelong experiences with Bahamian Creole, her first language.

Plenty of this was really interesting to me, especially when considering that many Bahamians codeswitch (Kaché explained this part of her own life, going to school in Canada and Spain, where otherwise people wouldn’t understand her) and yet are truly confident of the fact that the language will never disappear. Of the people she surveyed, 67% believe that Bahamian English should be taught in schools – and it’s really a shame it isn’t.

All of this discussion about Bahamian Creole had me reflecting on my own accent, too, which is something I’ve thought about more and more as I’ve been through university, as I’ve had jobs in London and as I’ve tried to unpack my own (in this regard) classist ideas about what my accent reflects. Let’s be clear: I’m from the UK Midlands, so my accent isn’t that strong and I don’t think it’s necessarily held me back in any way (I’m still white and cis and traditionally educated, y’all, like this isn’t hurting me much) – but I do find myself leaning into it more than I used to as a teenager, when I definitely wanted to lose it. I like those regional differences, now, and I like being able to point out to people that actually, this is how we talk here.

Anyway, less about me. Kaché also taught us some Bahamian Creole words and some pronunciation tips, which was a lot of fun! ‘No broughtupcy’ is – hands down – my favourite, because not only is it a fun phrase to say, it also ties into this cultural norm of being polite to strangers, which we definitely tend to lean away from here. ‘Galavantin’ was another fun one – just because my mum uses this word fairly often (and when I told her, she said in her case it’s a Yorkshire thing, haha!) so it’s nice to have that connection across an entire ocean.

If you’re interested in finding out more about Bahamian Creole, make sure to check out Kaché’s Instagram: iisabahamianbey, where she’s got a ton of posts that’ll help you learn more about it and The Bahamas in general. There’s also a bunch of linguistic information at this link, which should help you direct any further searches you might have.

I skipped the second talk of the day (The Status of Raising Bilingual Today) because 1) I don’t have kids (nor do I plan to) and 2) I had some work to finish off. I dipped back in for this talk – by Lindsay McMahon – because I figured it would be interesting even though I’m not a language teacher.

And it was. Lots of Lindsay’s points also apply to online content creation, which you know, I do *waves at this post*, so there were good tips to pick up. A huge part of this was focused on finding your purpose (in teaching) – which I think is probably a good rule of thumb for any large project you want to take on, though I do think you need more than this (i.e. discipline) to make sure you succeed.

That’s the bit I sometimes fall short on, anyway!

But yes, I like Lindsay’s list of questions for finding your purpose – in this case, very much related to teaching:

It’s a great framework for looking at the why of what you’re doing and, I agree with her, that if you know why you’re doing something, the what and the how become easier – even if there are still hurdles.

She had a lot of fun podcasting tips, as well, and points about consistency, which is where that discipline should tie in. And, as she points out, every teacher – or most people – now has the technology to create their own media company; so, really, you just need to get started!

Okay, this was an incredible talk. We heard from Heather Souter, who is Métis and a Michif speaker, and Alexa Little from 7000 Languages, who has been working with Heather and her community to help build courses to teach Michif.

I’d heard of Michif before, briefly, but Heather gave us a great overview of the language, which arose as a contact language between Cree and French-speakers. It’s not considered to really be a pidgin or a creole; at least, not within the Michif-speaking community, where it can be called an ‘intertwined’ language. Heather and Alexa both pointed out, too, that there are many speakers of different languages who might call their language ‘Michif’, so they were referring to what linguists generally call ‘Southern Michif’ here.

Alexa led us through some of the challenges of language revitalisation, which includes dealing with a diaspora – once speakers are scattered, obviously building a speaking community is difficult – and, in this case, access to technology. Even across the US and Canada, there are vast swathes of area where people have limited access to the internet, or even to devices, and so building courses that require internet access is all well and good – until the community comes to use them.

There are other challenges too, of course: keyboards and fonts set up for those languages; can elders who speak the language use the technology?; can parents download it for their kids – or can non-tech-savvy people in general use it – in a way that is effective for them?

The issue with language courses, she pointed out, is that languages are commodified and, in the case of Michif specifically, are forced to fit the structure of the course and the limitations of the technology, rather than the other way around. And yet, we use our languages to communicate with our community – whether that’s local or national, online or offline. So, when it comes to endangered languages in particular, we have to be certain that we are centring the community and serving their needs.

This is definitely a lesson I need to work on and carry with me; I do learn a lot of my languages in isolation because I enjoy the challenge and structure and creations of a language as much as I enjoy interacting with a community – and that’s fine. But when it comes to endangered languages, we’re not ‘saving’ them by learning them in isolation.

However, Alexa did have some suggestions for us to help!

7000 Languages are launching their Michif course on 19th March 2021 (it’s not on their site, but I assume there’ll be a notice soon). Heather is working on Michif.org, where she hopes to build a community of Michif speakers and learners, with a goal to reaching out to the diaspora – and even non-indigenous people worldwide!

I skipped the Speak Easy session – both because the Michif talk ran a little over but also because I needed to have tea! – and rejoined for the final talk of the day. Again, this was one aimed a little more at teachers than learners, but there were plenty of tips that worked for both.

Kate Fisher and Karina Pearl Thorne are both language learners and teachers who’ve had experience teaching all over the world. They both emphasised the value of storytelling in language learning by telling us all the story of their language journey and then showing practical examples of how they’ve used stories to improve their learners’ English skills.

I particularly enjoyed this session because one of the handful of lessons I remember teaching in Austria was about flash fiction, where we went through what flash fiction is, and then students had a short amount of time to write their own stories (I gave them image prompts). These were 16 or 17-year-old students and some of the pieces were genuinely incredible.

This is the one talk today where I really hope to take away some practical tips for my own language learning: I’ve been writing the last few days in German anyway, so I’m going to do my best to keep that up and see if I can eventually build up to a story. I enjoy creative writing (and I read a lot); but writing, like speaking, is an active skill – so it takes some actual work to improve.

That’s it for day one of Women in Language! There’s already a lot to think about – from examining parts of my own identity, to how I view languages, to tips on content creation and new ways to improve my skills. Tomorrow, I’m planning to go to just about all of the talks and, if you haven’t signed up for Women in Language already, you can still do it!

Just go here to get your ticket. Anyone and everyone’s welcome and 10% of your ticket price will go to MADRE, a charity that focuses on global women’s rights.

See you all tomorrow! 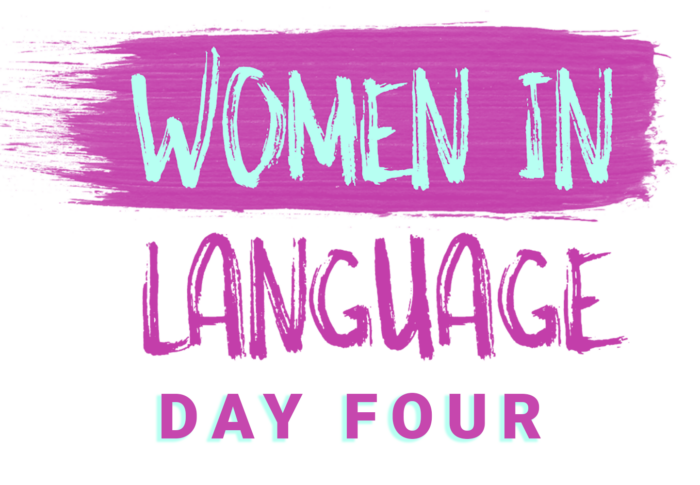 Well, that’s it for another year. Women in Language 2021 is over. It’s been a lot, these past four days. So much advice about learning languages, growing as a learner (and a person), building your […] 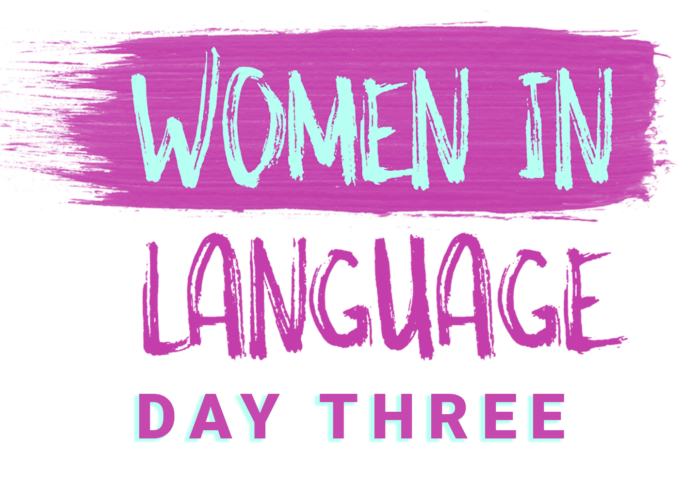 Happy Saturday! You know, I thought today was an early start for me (I woke up at around 6:40 and just dragged my laptop onto the bed so I could watch the opening talk) but […] 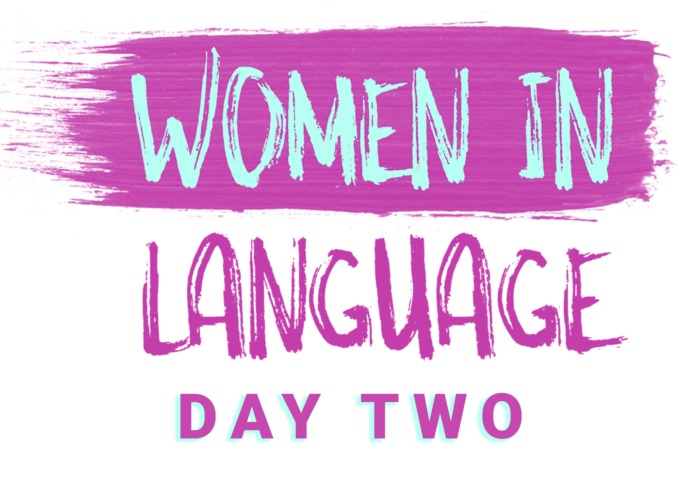 I didn’t expect any less after yesterday, but it’s been an amazing second day at Women in Language. There’s so many things I want to do now – though I’m not sure what I want […]

Hi, guys! Long time no post; I’ve been all wrapped up in uni and work and living in a new city… But I’m back! And with an interesting post this time around, because I spent […]